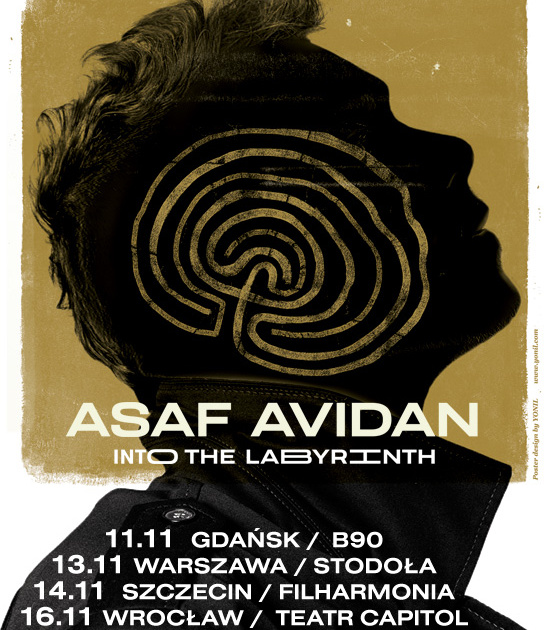 After almost two years of absence, the charismatic lead singer of Israel returns to Polish!

Alone with his guitar does what it can do best – going deep into each other, creating moments of pure emotion that provide the audience with his unique voice.

Sold out concerts around the world, headlining performances at the biggest and most prestigious festivals, rave reviews the world press, Platinum and Gold Record. After the international success Asaf Avidan would like to remind myself and the audience that is primarily bard and lyricist.

The performances, which we witnessed during the upcoming tour – lyrics, melodies and voice are the center of attention. During an intimate journey, Avidan encourages us to look into the maze of its world preview as cries, whispers and shouts new interpretations of songs from their whole repertuaru.Wejdź in the maze and immerse yourself in the full spectrum of human emotions – Asaf calls it “the search for the moment of truth” .

Asaf Avidan was born in 1980 in Jerusalem. His parents worked in the Israeli diplomatic corps in Jamaica and that there Asaf spent his childhood. At the studio, he returned to Jerusalem, and he enrolled at the Academy of Arts.